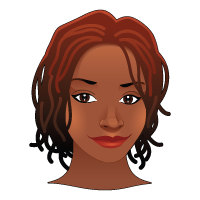 Hello, I am Monique Solpins. I would like to share all of the information I have gathered about routers and network security. Internet service providers give their clients a direct route onto the information highway. Potential hackers sit at every turn and wait for a chance to overtake your computer. By using a router to tighten up security, you can keep your computer safe from hacker infiltration. Routers also allow more than one device in your home or business to access the internet at one time. You must properly set up the router to control internet access in a safe manner. I will help you select, set up and understand your router by providing pertinent information on my site. Thanks for visiting.

What Does Fast Internet Service Mean?

Internet Service Providers (ISPs) often advertise their internet product plans by their speeds and sometimes by limits, depending on the area. Higher numbers seem good when talking about speed, but what do they actually mean and what speed do you need? Here's a few clarifying facts and internet usage insight to help you understand what you're using and what you need to avoid both overpaying and underestimating your internet usage.

The definition of "fast" internet is constantly changing as technology makes information transfer and the way that information is handled easier. Leaving the 56k dial-up modem days, an internet speed of 1mbps (megabits per second) was considered a massive speed boost. 1 megabit is 1000 kilobits, while 56k's name comes from being 56 kilobits of speed. Clearly a massive jump.

Modern internet speeds have since blown past the old limits, with 25mbps being the cost-calculating norm in some areas while other residents can afford gigabits of speed, being 1000 megabits. Why do all of these number matter? It depends on what you do on the internet.

If you or your household watches videos, the answer to your question of needed speed is often hidden. Online videos use a process called streaming, where the video service essentially throws parts of the video at your computer only as needed instead of requiring your computer to download and store an entire video. The size of the video is an issue, but the size of the data packets being sent also matters.

Your internet service needs to be fast enough to catch these on-demand packets as they're sent without delay. This allows the video to play as if it were one continuous file, when it's actually sent in parts.

The math behind this requirement means knowing how much the site sends at once, then making sure that your internet is more than that speed. These requirements aren't often posted on the websites sending information, but you can test the performance yourself by simply trying to access information.

It's not against any rules to ask the website owner or manager for suggested speeds to get some insight. For the cost-conscious internet user, you'll simply need to buy an average speed and see if it satisfies your needs.

With internet video, you'll need more than the suggested video streaming amount. If you're doing anything else on the internet, such as accessing websites, downloading files or even checking email, an internet connection that is barely enough will have to split its bandwidth (capacity) to serve everything.

This means that video may skip and stutter and that your other content will be delivered more slowly. There's no rule of thumb when it comes to getting the right speed, but you should at least have 1mbps more than you need as overhead to make sure that the maximum internet capacity isn't challenged.

If you're not big on videos, just keep in mind that there's a lot of content baked into the background of websites that could be just as bad. A single internet user may get away with 10mbps for just web browsing or just online gaming for example, but multitasking means adding up all of the internet needs.

Contact a reliable internet service provider to discuss your needs, and check out websites like http://www.rtconline.com for more information.